The People's Choice
for the
Bum's Rush Award


You may purchase this book as an ebook or paperback at Amazon.

The First Copy
Following his practice of not suffering fools without awarding consequences, the author has arranged for Hillary Clinton to receive the first copy of this book.

About the Book
Written in the form of a letter from the author to Hillary Clinton, this book exposes her as an unethical person who believes the presidency of the United States should be hers for the asking.

As a 2008 and 2016 candidate for the Oval Office, voters dashed Clinton’s hopes each time. The first time around, Clinton, our savior (in her mind only), lost to little-known, and untested by virtue of his U.S. Senate voting record, Barack Obama who became our 44th president. In 2016, Donald Trump, a man never elected to serve the public, was victorious and became our 45th president.

How could a person who had been in the national spotlight as the first lady of the United States, a U.S. senator and as our secretary of state lose a high profile election to one man with few known political achievements and another man with none?

Because she is a woman, you ask? Not a chance. A man with a similar history would have been kicked to the curb as well. Further, the people will elect a woman when they believe the right one has presented herself. Gender will not matter just as religion (John Kennedy – Catholic), divorce (Ronald Reagan) and race (Barack Obama – African American) did not prevent these men from becoming the first president in these categories.

Her publicly known scandals occurring before and during the time her husband Bill (Slick Willie) Clinton served the people of Arkansas as their attorney general and later as their governor and then the people of the United States as their president preceded other scandals, those most notably during her time as our secretary of state during the Obama administration.

The author goes beyond the seemingly endless favorable reports about Clinton spewed by the biased liberal media and, after researching other writings, brings to the reader’s attention whether biblical prophesies point to Clinton, whether she is a believer in occultism, her role in the Clinton body count murders and on and on.

Does the author believe everything he reads and hears about Hillary Clinton? No, not everything but he does believe that enough American voters believe enough of the stories and that the cumulative effect of the resulting rumors brought down both of Hillary Clinton’s runs for the presidency.

Further, the author believes all these facets of Hillary Clinton’s life affect her persona in a way that causes her to come across to voters as a shady character.

Opening eight paragraphs of the letter

I read your book, What Happened, earlier this year and I am here to tell you I am not disappointed. It met my expectations fully. So much so that I scored the book a solid 10 on that often used 1 to 10 scale when answering the question: Did the book meet or exceed your expectations? I must say you did an excellent job praising your family and badmouthing your enemies. And you did so without causing further damage to your reputation, not that you could anyway.

Yes, your writing is exactly what I expected. Spot on.

You must still be patting yourself on your back.

Anyway, I have a few observations and suggestions – many more actually – that would have made your story more complete. And much more truthful too. By omitting the truth, you come across as a liar not to be trusted. Your well-publicized falsehoods along with omissions reinforce the people’s opinion that you are a liar not to be trusted. For the most part it is safe to say nobody likes a liar.

As you blame the Russians, James Comey, Donald Trump, the electoral system and on and on, think where you might be now if you had taken care of your own back yard over the years. Perhaps you would be poised for a 2020 reelection.

Much has been written about you. It is difficult for me to believe you are as evil as your enemies claim. Few people come close to measuring up to the nastiness attributed to you.

Whether the stories are true or untrue does not matter. What does matter is what voters believe.

Please read on for my observations and the voter’s likely perceptions of you.

The remainder of the letter addresses these Hillary Clinton controversies along with a closing comment.

The Closing
There is much more I could say but for what reason? I have already said enough and have given you enough information to explain why you have not won a presidential election, and why, at least in my mind, you meet the dictionary definition of both despicable and depraved.

Worse, the two words more accurately describe you when one realizes you tried to dupe us twice.

At this date there is no indication you will somehow find your way to the 2020 presidential ticket but who knows what can or will happen?

Whatever, you have been taught but have you learned? 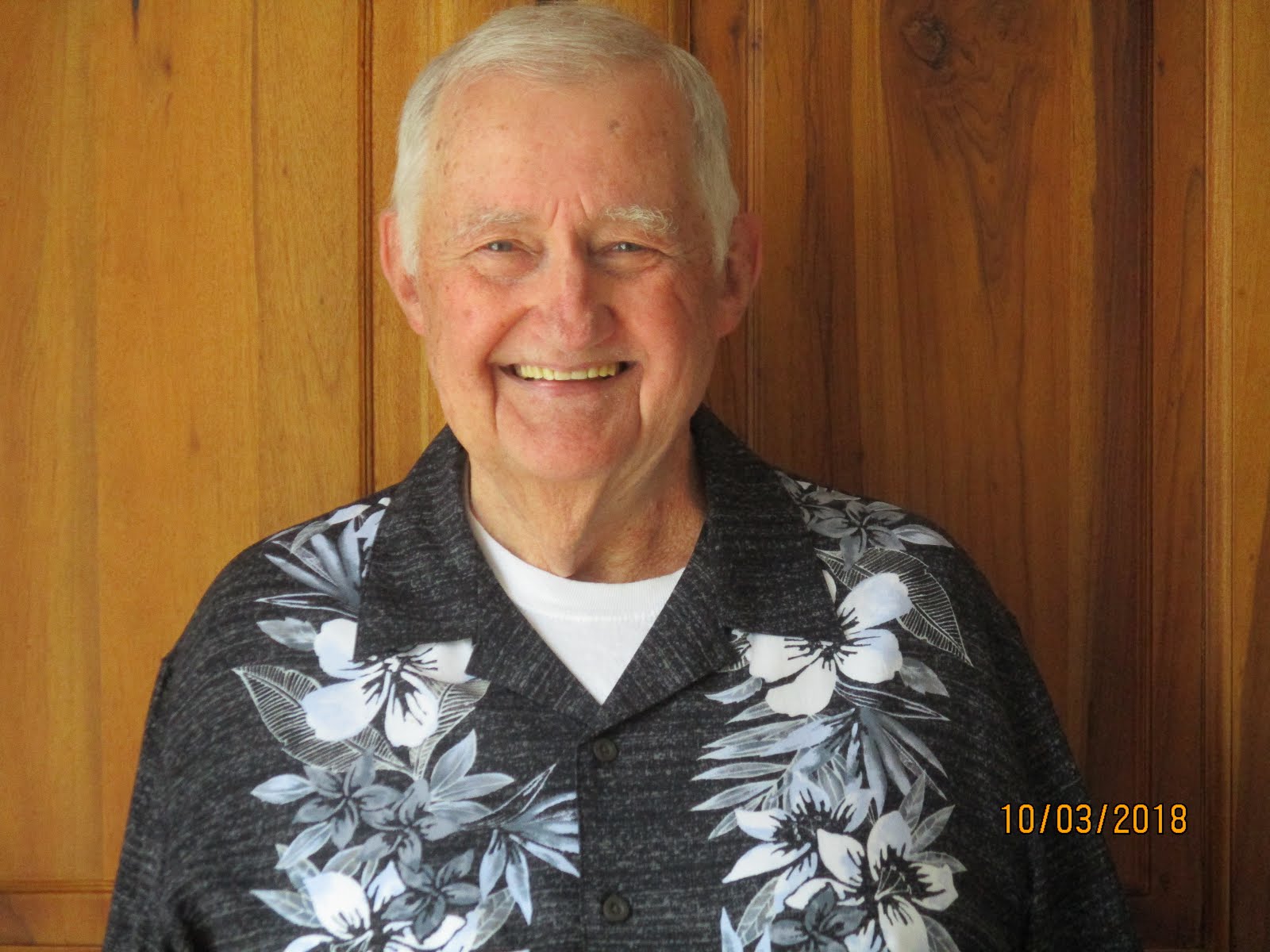 Larry Croft served his country as an aviation electronic technician in the U.S. Navy during the period 1955-1959 and, after returning to civilian life, has worked as a computer programmer, accountant, auditor and fraud analyst in the transportation, forest products, insurance, advertising and banking industries.

Croft graduated from Redkey, Indiana High School in 1955, Indiana University in 1975 and Arizona State University in 1993 with degrees in business and accountancy, respectively. He has been licensed as a Certified Public Accountant (CPA) in Indiana and Arizona.

As with many people, he spent most of his productive years disengaged from the world of politics with the erroneous belief competent and honorable men and women determine the direction of the United States of America.

After his 2007 retirement and stunned by the shenanigans of politicians – mostly Washington politicians – Croft acquired an interest in following the actions of our elected officials almost to the exclusion of all else.

Croft describes himself as a “card-carrying” fiscal conservative who believes the only legitimate role for government in a capitalistic society is, with very few exceptions, administering programs private sector businesses and able-bodied citizens cannot do for themselves. He champions maintaining a strong defense and a sound infrastructure for the safety and comfort of its citizens.

He believes entitlement programs and government meddling with free enterprise contribute to a capitalistic nation’s decay.

Croft and his wife, Wanda, relocated from Concho, Arizona to Cotacachi, Ecuador early in August 2018.

I get this question a lot. Here’s why.

People say this about America: If you don't love it, leave it. That’s where I am.

More specifically, I’m fed up with the direction the country is going – a direction brought about by the growing infestation of liberalism.

My wife and I visited Quito, Ecuador in 2005 and still like everything we remember, especially the low, low cost of living.

American voters will continue sending What's in it for me? politicians to Washington.

After Trump leaves the Oval Office, whether one term or two terms, American voters will enthusiastically send an ultra-liberal replacement with high hopes that the government will grow more than ever with costly social programs.

Metaphorically speaking, the country will be like a house without a dog; it will not be a home.

I have paid federal and state income taxes since 1955 – age 17, 63 years ago – and since retirement, I realize I get customer service quality from Washington ranking a mere 1 on a scale of 10, about the same as from private sector customer service call centers. Not a good return on investment over a 63-year period.

People tell me the Ecuadorian government is no better than the flawed United States government and I will not better my lot in life. These are people who, without exception, belittle Ecuador just before snickering and walking away without extending to me the courtesy of an intellectual discussion.

Perhaps they are right, but I’ll take my chances. I have followed United States politics at the national level since retiring. I strongly believe I am much more informed than the typical person on the street regardless of his or her station in life. I have researched the Ecuadorian government structure as well.

I have been rewarded very well living the American way of life with veteran and social security benefits, including Medicare, along with the conveniences, safety and security we all enjoy. Employment in the private sector has rewarded me well for the most part too.

However, in my blissful ignorance and like many people today, I paid absolutely zero attention to current events in and out of politics.

If ignorance is bliss for me in Ecuador as it once was in the United States, then, good for me.